I encourage you to read this article, and, if you find it valuable or useful information, go to https://sneak.berlin/list and enter your email address to receive updates from me a few times per year. In the next few moments you’ll read why I’m no longer using these centralized, censorship platforms, and why I’m falling back to direct communication with people like you via email and my own website.

Twelve Years Is A Long Time

A few years ago I celebrated a decade together with my partner; my Twitter account dates from before I met her.

Today, I deleted it.

The choices we make affect the world around us, and shape our society.

Twitter has always mildly censored their site, deciding, up front, what is or is not allowed to be posted, even within the bounds of the law. Contravene these rules, and Twitter might delete your account.

This is terrible, but legal: their site, their rules. It’s censorship, and abhorrent, but to make it illegal would be dictating that Twitter to host things they don’t want, and that would violate the human rights of the people who run and operate Twitter.

For most of its existence, these rules were mostly irrelevant, as they weren’t consistently applied, and were quite permissive.

Presently, Twitter has become massively popular, and has seen an explosion in signups and attention paid to their platform. This has caused them to abandon their original values, and make several changes, all of which made the site (and the world) worse off:

This not an endorsement of false or misleading information. This is a rejection of Twitter appointing themselves the sole authority on what is or is not false, and applying that unchecked authority to the publications of millions of people. That’s a terrible thing, and way, way worse, even if you’re vehemently against false information.

How they expect to retain 47 USC §230 (CDA) protections with this behavior is anyone’s guess; it seems like screaming “please make an example out of me” in the regulator’s face. It’s exceptionally difficult to credit Twitter with anything remotely resembling intelligent strategy these days.

Quit Twitter, seriously. I’m not joking. If you still don’t get how Twitter and other, similar censorship platforms such as Facebook/Instagram and Google are making the world worse, or simply don’t give a fuck and want to continue to mindlessly consume repetitive election outrage porn and thirst trap bullshit even to the detriment of wider society and the world, at least do this: every time you see an ad on Twitter, click on the account that posted it, and block the profile. You’ll need to do this for days or weeks, blocking hundreds, perhaps a thousand accounts. Eventually, you’ll see no (or very few) ads, because the Twitter apps won’t display ads from blocked accounts, and you’ll reach a point where you’ll have blocked almost every account that targets your segment with ads.

I hope I never learn the name of the person at Twitter who made this product decision, for their own reputation’s sake. I must have changed this back to “Latest Tweets” hundreds of times, each time only noticing when suddenly my feed would start filling with culture war clickbait bullshit. I’d go to unfollow whomever was posting (or retweeting) such crap into my feed, only to find out that I wasn’t following them in the first place, and that Twitter had deleted my settings change to benefit Twitter at my expense. This is abusive behavior. 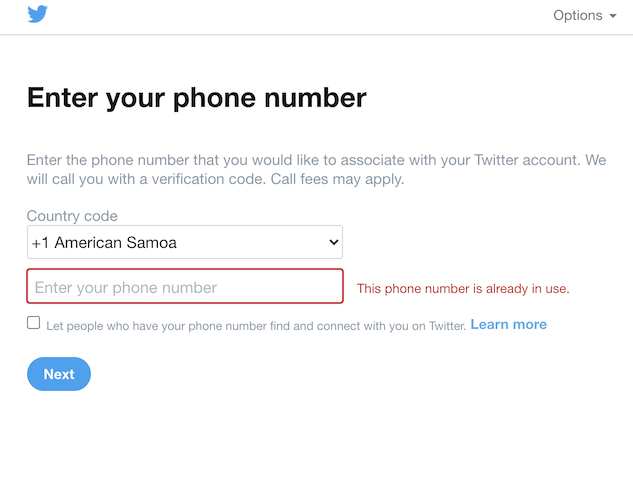 Go and search for the (quite popular) hashtag #WWG1WGA, an initialism for “Where We Go One, We Go All”, a slogan of the growing Qanon conspiracy theory movement.

Somewhere inside the machine, Twitter has summarily decided that censoring search results for journalists, political scientists, sociologists, and other researchers who would like to keep an eye on these whackjobs and track the spread of this movement is acceptable collateral damage in their (misguided) attempt to stop the spread of this movement.

It’s fucking stupid, and not only because it simply won’t work. You can’t stop a social movement with censorship of a single website, even if that website is Twitter or Facebook. You’d think the operators of one of the biggest social media websites in the world would have heard about the Streisand Effect—this is Social Media 101 stuff. What epic dumbfucks these product people are!

Publishing is one of the most important functions in our society. It’s how we learn accurate information about the current state and status of that society, even if the things we are observing directly are themselves inaccurate statements. The facts about who is saying what, whether or not that “what” is accurate, and how frequently they’re saying it, and to whom, are critical pieces of information. Without it, we’re flying blind.

Banning the publication of false or misleading information is, paradoxically, banning access to the ground truth, as people paying attention will not be able to accurately assess the spread or prevalence or popularity of false or misleading information, or the popularity and influence of groups that deal in such deceit or propaganda. It also inappropriately presupposes that the self-appointed censor knows better than you what you should be permitted to read, for your own good.

In the ever-relevant words of Randall Munroe:

This is very important, so I want to say it as clearly as I can:

I encourage you to leave, as well: on a personal level, never tolerate services that tell you what you’re allowed to see.

Automatic, widespread, targeted, customized, invisible censorship is presently one of the largest existential threats to free societies on Earth. It’s essential that each and every one of us take practical steps to deliberately avoid circumstances where we could be subjected to it, because, if we are, we’ll never have any clear indication that it has happened, and news organizations will be unable to clearly identify and reproduce it in most test cases, and thus be unable to accurately report on it. It is happening silently, without documentation or record.

This is happening today, and is not a theoretical threat. Right now, on the major platforms, there are links you are simply not allowed to communicate to your friends, family, and audience—even in DMs. I’m not talking spam or malware, just links to articles that these platforms have decided that readers are simply too impressionable to be allowed to read.

This is your warning; note that there will be no further announcements to alert you to the danger as it silently affects the personal communications of you and yours.

We must be proactive in avoiding this cancerous trend of censorship products and platforms, and we must help those around us be proactive as well.

To that end, take the following steps now:

I’ll have some good news on this front for you in the future.

If you’ve any questions about how to implement these recommendations, or undertake these actions and find yourself getting stuck, please feel free to contact me and I’ll do my best to help you however I can.